Get social with us!
Home / What's On / Past CMVic Events / StreetSounds Festival (Geelong) 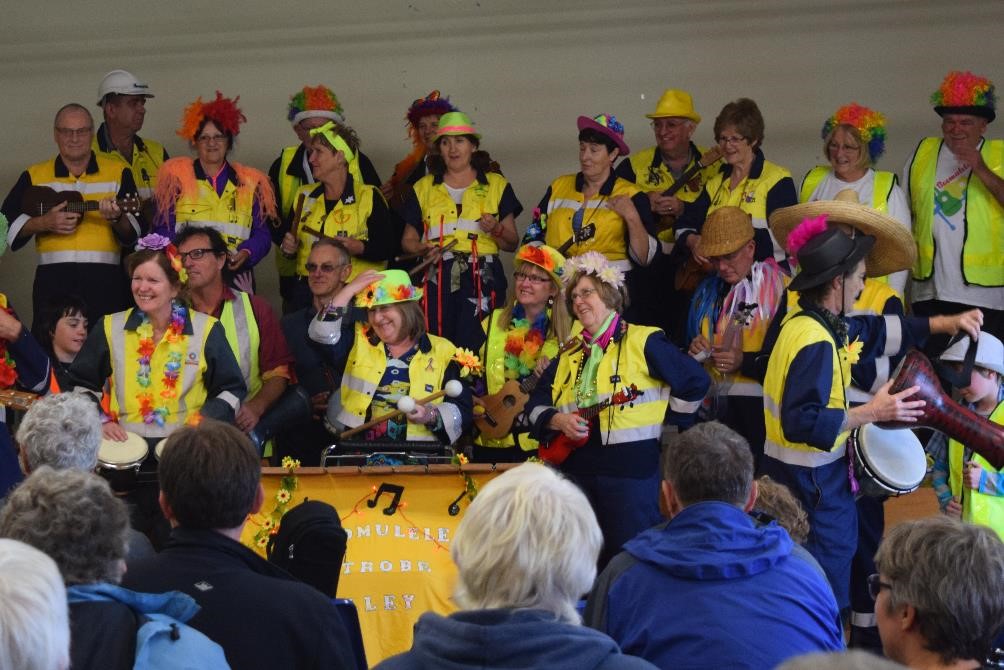 Something wonderful happened in Victoria from 2015-17: the StreetSounds project set up over 10 new street bands - of all variety style and colour! All this culminated in Victoria’s first ever street band music festival, bringing the new bands together in a two-day riot of horns, accordions, marimbas, drums, brass, pan pipes, dancing, stomping, and a fair amount of squeaking too. It was held in Geelong during the 'Geelong After Dark' festival on 5/6 May 2017, when the bands provided tremendous entertainment to the public through a full program of playing across the city. And on Saturday, the bands all got together for the fantastic climax in a series of workshops, massed play, and a procession through a local park.

The following film 'Dancing Down that Road' was made by StreetSounds documentary maker, Terry Melvin. It tells the unrolling story of the project from its inception all the way to the inaugural StreetSounds festival in Geelong.

Take a look at these photostories and Blog: