Polly Christie has been the musical director of fourteen choirs in Melbourne and led workshops at festivals around Australia. For the last twenty years she has dedicated her musical journey to the art of conducting and has a love of bringing people together for community music pursuits. Polly is currently Musical Director of the Pollyphonics Choir in Woodend and is Founder of the Macedon Ranges based Vocal Ranges Festival. She also performs with her partner Andy Rigby, and currently teaches music to 267 students at the local primary school. Polly and her choir, 'the Pollyphonics' were interviewed for the 'Life Matters' show aired recently on ABC Radio National: Creating connections and tapping creativity through a community choir. Listen to the program here! 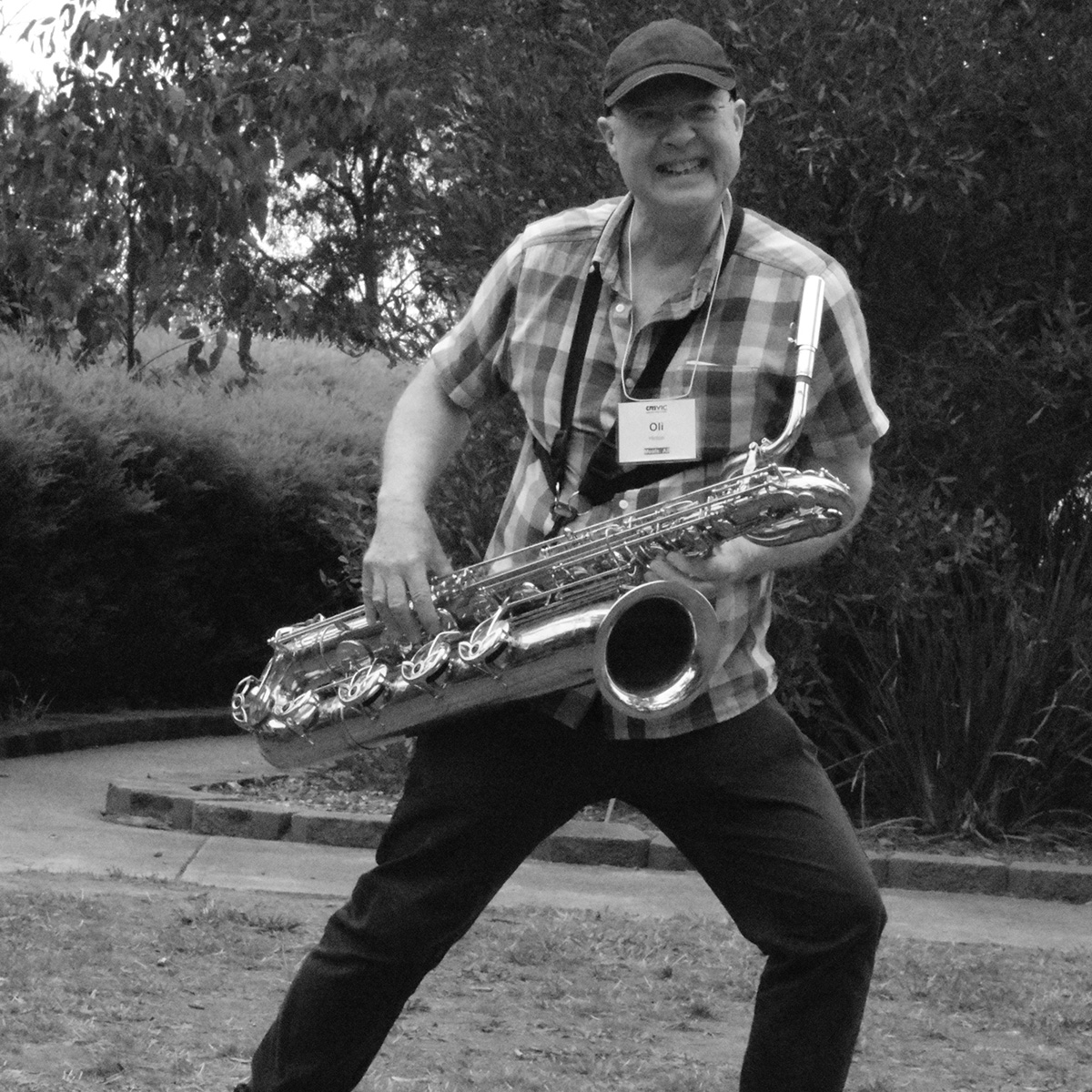 Oli has had three serious romances with music making during his life. As a young teenager he became proficient with classical piano and played percussion kit in amateur musicals; in his 40's he became an obsessive founder member of the Tenth Avenue Band, a busy street band based in Newcastle upon Tyne in the UK, playing first accordion and then baritone sax; and now in Melbourne he has become Co-ordinator for CMVic, plays baritone sax in the street band 'Havana Palava', accordion in a gypsy band, and bass uke at impromptu sessions. Oli is currently CMVic Coordinator, and a non-voting ex-officio member of the Board.