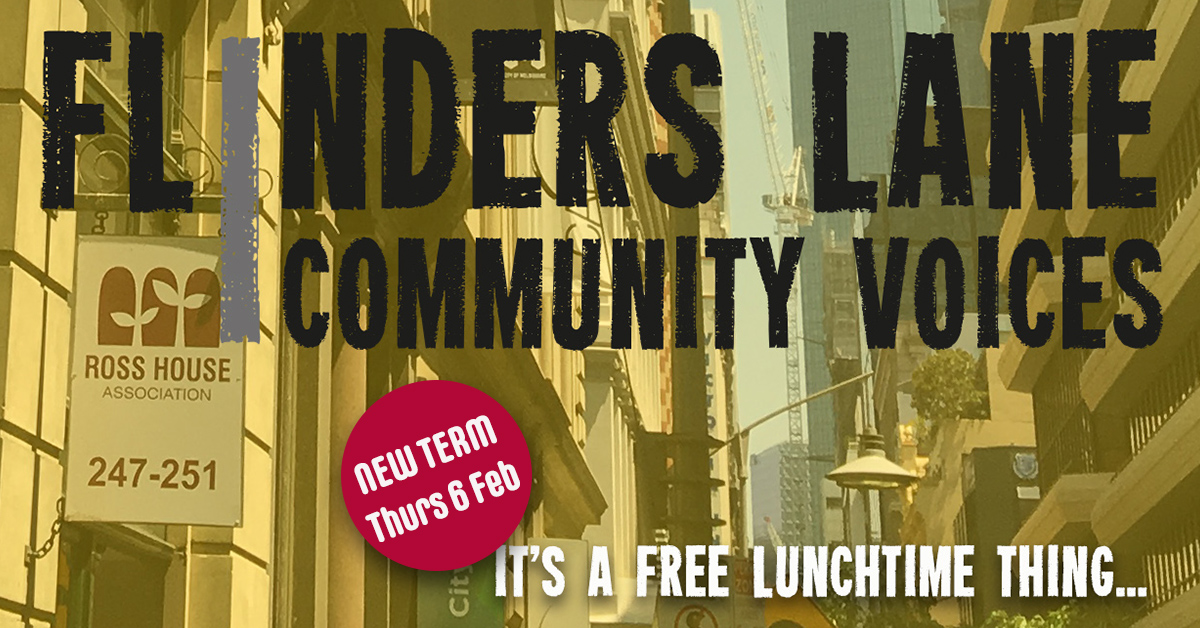 In May 2019, Community Music Victoria launched Flinders Lane Community Voices (FLCV), an accessible and inclusive new local singing group based in Ross House. The project received funding from City of Melbourne to run for one year, and was led on alternate weeks by experienced community singing leaders, Sarah Mandie and John Howard. The aim of the project was to provide a weekly singing opportunity as a way for members of the diverse community who live, work and play in and around the Flinders Lane quarter of Melbourne to come together and connect.

Following a series of taster sessions throughout April 2019, the group launched officially as a lunchtime singing group in May, running for one hour each week, between 1-2pm on Thursdays. Sarah Mandie, who is also Diversity Coordinator for Community Music Victoria, held a consultation with youth members from City of Melbourne Front Yard Services to find out what 'accessible' meant to them and their feedback and suggestions for inclusion were incorporated into promotion of the group.

The group ran through to early 2020 when of course Covid lockdowns began to take their grip. Undaunted, John and Sarah set about designing ways to run all the sessions online. Using the Acapella App, they recorded numerous multi-part songs to provide the effect of a full choir against which individal online Zoomers could sing. They were one of the first to take this approach, and it was lauded as the best available example of online singing. And then, with the support of Creative Victoria through their Strategic Investment Fund, the program of weekly singing sessions was extended right through 2020 and to March 2022, when it was overtaken by other events.

FLCV was been established as an all abilities group that was actively inclusive and accessible to all members of the community. Sarah and John were committed to making it as accessible as possible. The following resources to support and enable participation from vision impaired participants were available:

Flinders Lane Community Voices hosted a 'Big Sing' upstairs in the City Library in celebration of Make Music Day 2019 and in December, FLCV was invited to sing for the Ross House community as part of the Ross House end of year party. (See below). A CMVic blog article written with one of the founding members, Peter Gatto, speaks of his joy at being a part of Flinders Lane Community Voices. Read Peter's story here.