Get social with us!
Home / StreetSounds - What it’s all about

...is all about creating new opportunities for Victorians of all abilities and ages to play music with others. It is the second major project in the Victoria Makes Music program (CMVic's instrumental music making program).  It has been made possible with grants from Helen Macpherson Smith Trust and the RE Ross Trust, and promises of help from our many wonderful volunteers.

If you love the sound of this project then why not get involved?

How is all this being done? 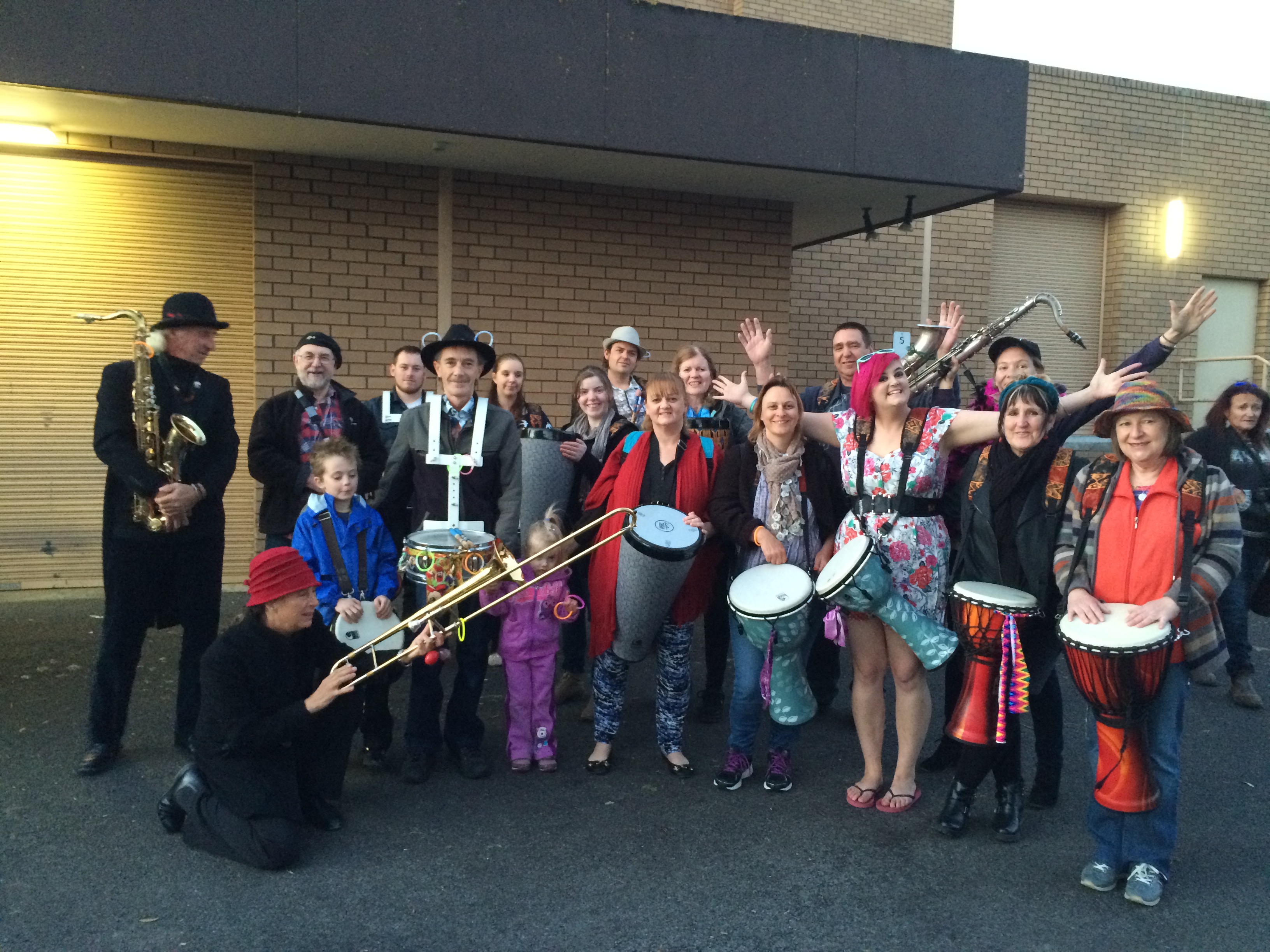 By establishing at least ten new ‘Street Bands’ – these are bands consisting of all types of acoustic instrument played in street processions and community events.  They are fun, informal, and highly accessible to varied abilities and instruments. Open to all, regardless of age, ability, instrument or training, they bring people together, to make music together. Think horns, think percussion, think dancing, think New Orleans, feel hot-blooded Latin musical passion with a distinctly Aussie twist. Great examples of some of Victoria's existing such bands are the Morwell Drum Circle and Havana Palava. New groups have been started, each with its own style, and they have become part of a network of such bands sharing tunes, instrumental skills, and leadership skills through workshops and website discussions. And all this culminated in the inaugural Street Band Festival in May 2017.

Why is this project important?

Music making with others is a fantastic way of combating social isolation and depression, particularly in communities under economic and environmental threat (e.g. rising unemployment and recovery from environmental disasters in regional communities).  Local bands provide a focus for local community festivals, processions and events, and often involve local school children too.

Where are the new bands located?

All over Victoria, but focussing on under-resourced and disadvantaged areas across the state. So far we have bands in Prahran, Inverloch, Bellbrae, Sunshine, Kyneton, Melton, Morwell, the Surf Coast, and Footscray.

How are the bands being brought together as a community?

Through the inaugural Street Band Festival which took place in May 2017, and through annual events and networking workshops throughout the years following.

Has the project continued beyond its formal funding period (2014-17)?

The bands became self sustaining. With the help of CMVic promotion, bands raise money for ongoing support through paid gigs, local community grants, and fees from participants. Leaders emerging from the new bands themselves continue to be supported through leadership weekends and ongoing mentorship support from CMVic.

How much did the project cost and how were the funds used?

The total project cost was $172,000, and it was used on: facilitators and mentors to start and support the new music groups; commissioning new musical arrangements; networking and mentoring events for the new bands, including production of the inaugural CMVic Street Band Festival.

Back to the main StreetSounds page