Get social with us!
Home / Coastal Connections

​Coastal Connections’ is one of 135 projects to have received funding through the Bass Coast Shire Council Resilience Grants Program COVID 19, announced during the week beginning July 13, 2020.

The project is a response to the impact of COVID-related social isolation and hardship in the community. The aim of the ‘Coastal Connections’ project is to support a process of community reconnection, resilience and recovery, bringing people together through a framework of creative engagement and intercultural collaborations.

The Coastal Connections project is designed for COVID times, bringing people together through creative collaborations that respect social distancing requirements. Community members will have an opportunity to collaborate across different artforms and cultures. 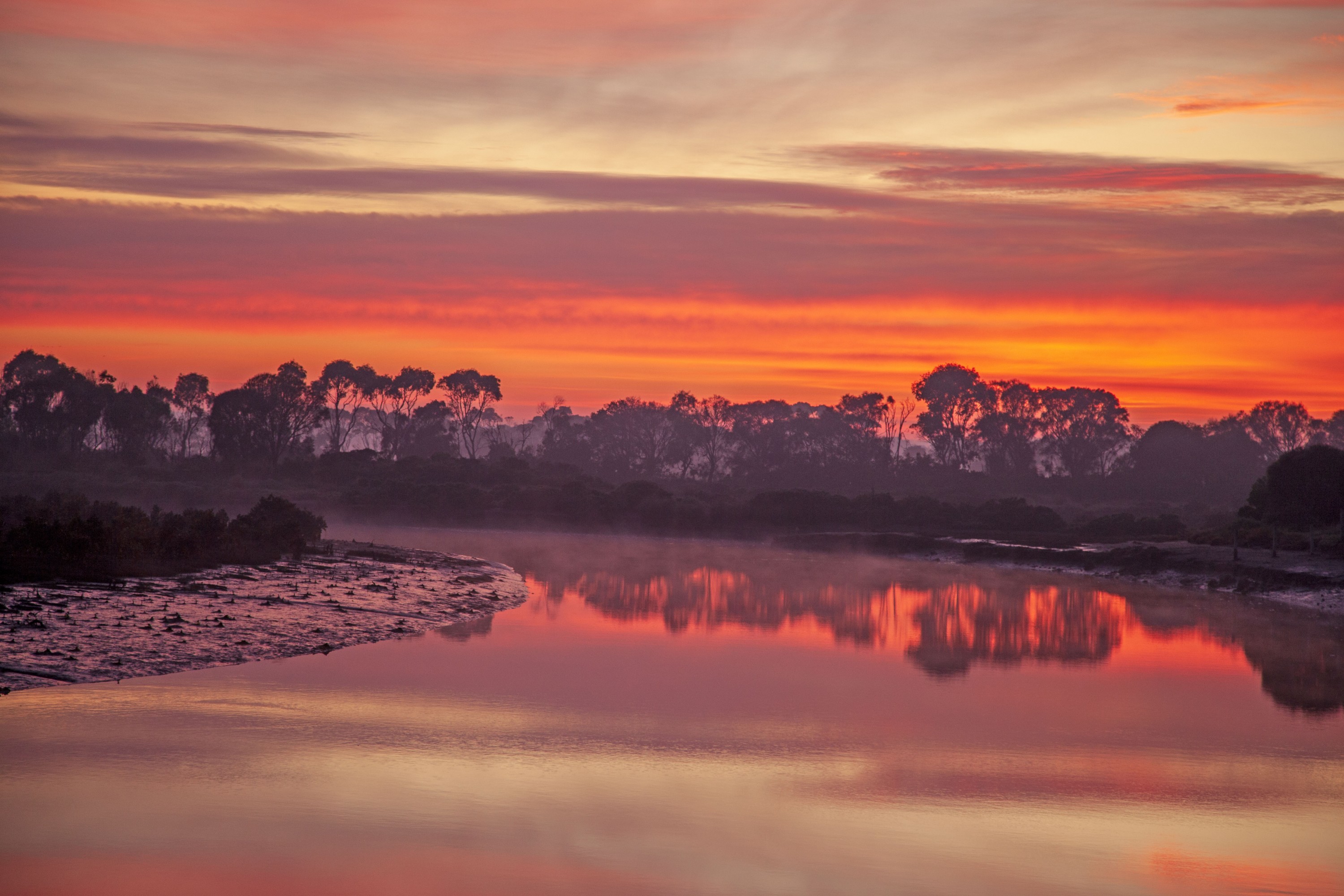 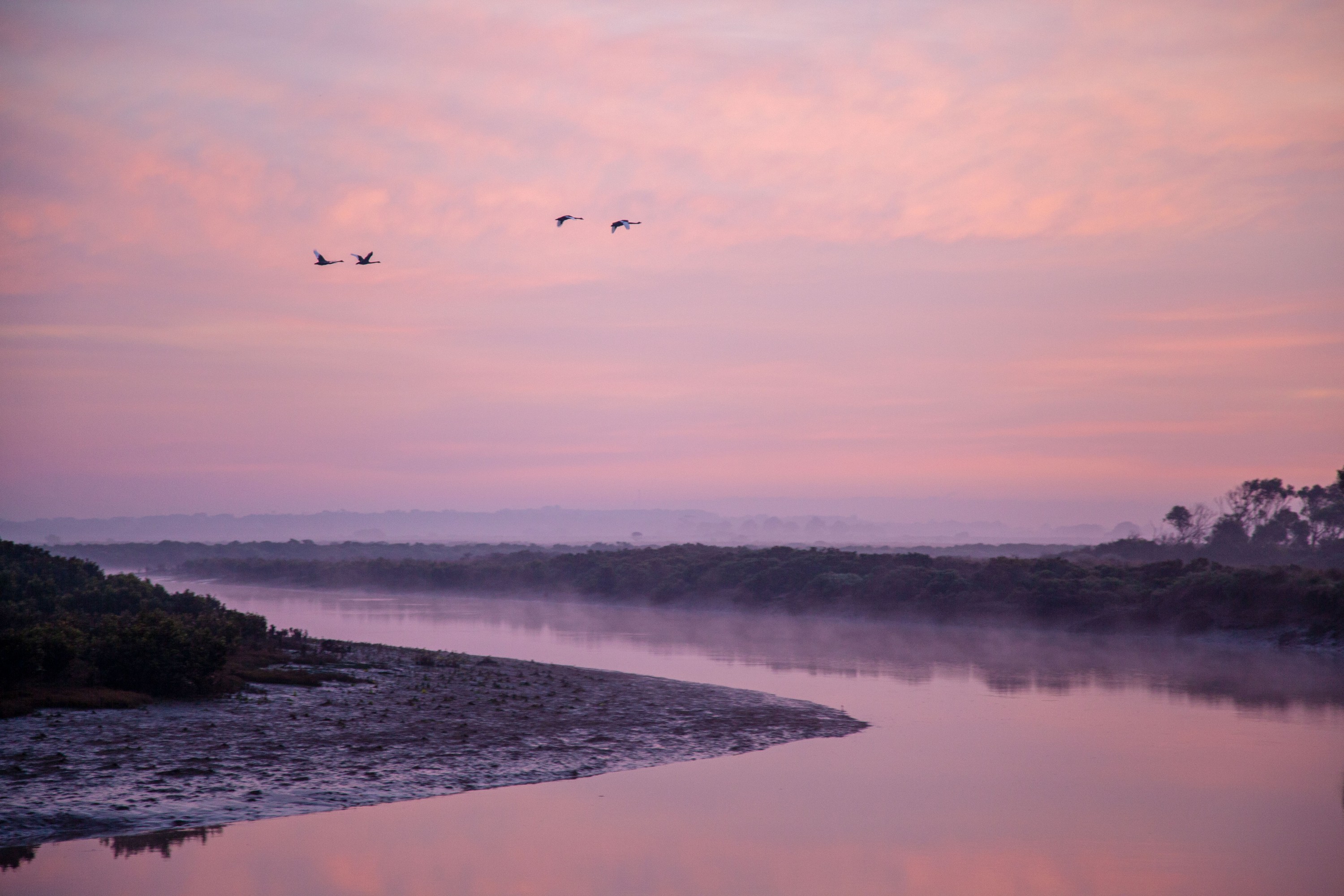 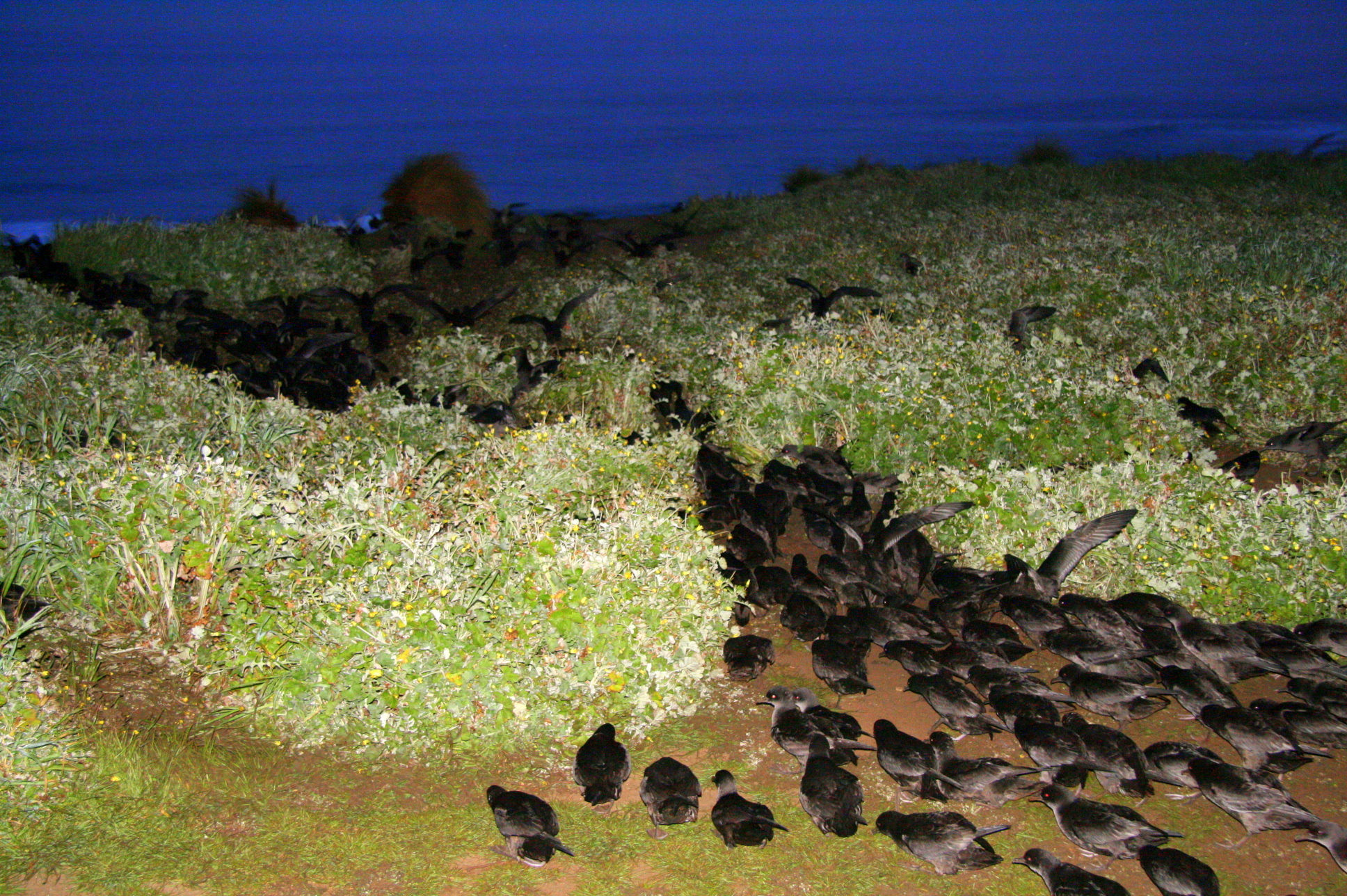 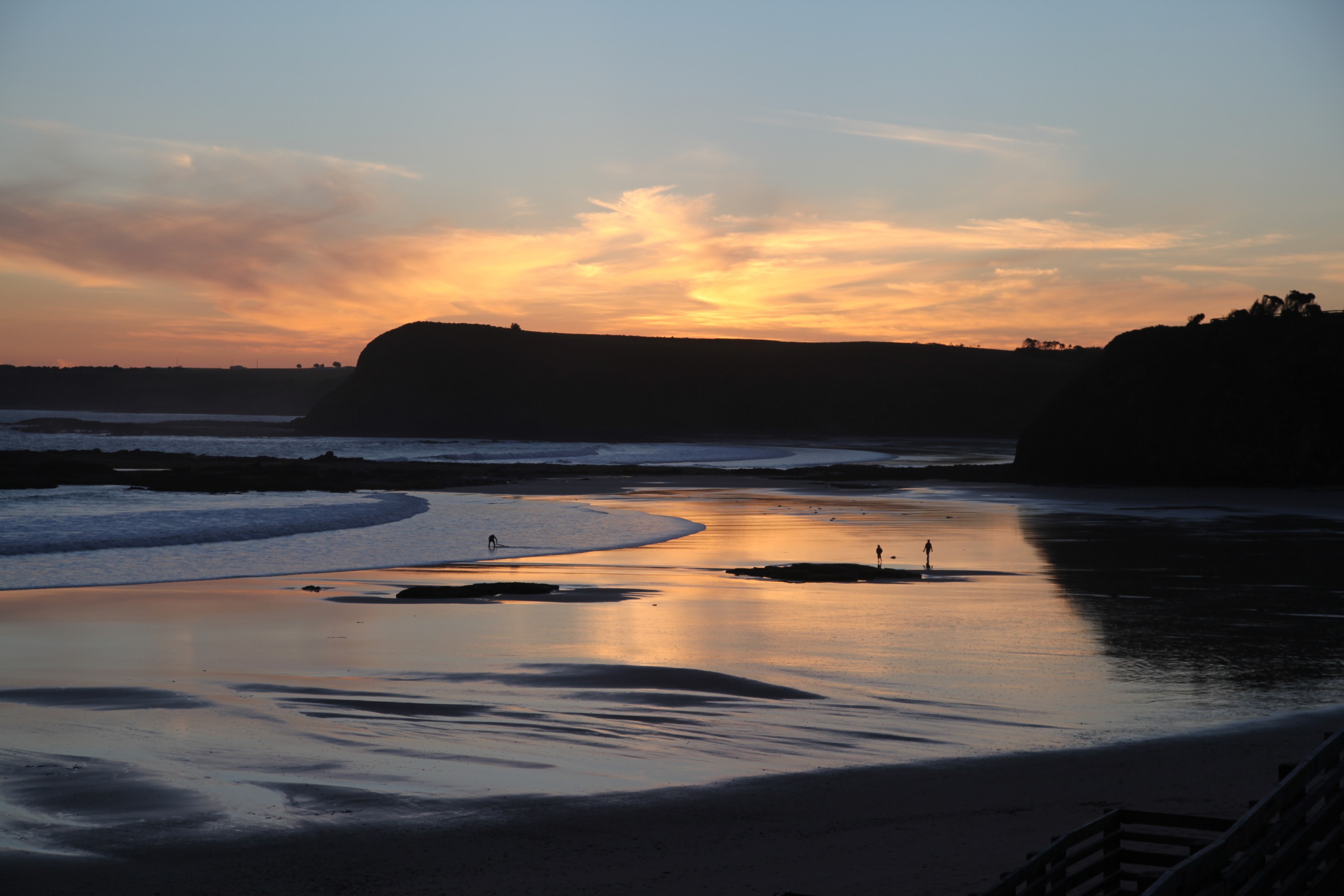 Jane Coker is a Singing Leader with the Gippsland Singers Network and Community Music Victoria. ‘I have been a Community Music facilitator my whole adult life’, she says.

‘I believe that music takes us to a primal place where we are able to recognise our collective potential. Music gives us a voice to express what we are feeling and puts us in touch with ourselves, our grief and our humanity.’

Jane leads a number of choirs in the Gippsland region and facilitates the Climate Calamity Choir, which brings together people from Gippsland and beyond. During the COVID era, she has switched to facilitating community singing on-line.

‘There are many changes we are dealing with in our society’, Jane says, ‘and we need to develop creative, nurturing ways of dealing with them.’

The Gippsland Singers Network and Community Music Victoria have successfully managed a number of intercultural and environmental arts projects in the Bass Coast region, including Harmony Day in Wonthaggi 2018 and the Island Whale Festivals in 2018 and 2019. Since 2017, Community Music Victoria has been hosting an annual Music Camp at Grantville. In line with COVID restrictions, the 2020 Music Camp was conducted on-line, culminating in an ‘Extraordinary Virtual Street Band Parade’, led by Inverloch-based community musicians Lyndal Chambers and Brian ‘Strat’ Strating.

The ‘Coastal Connections’ project is being coordinated by Dr Laura Brearley, who has been facilitating community arts projects in the Bass Coast region since 2012. ‘Community participation will be warmly welcomed in the project’ she says.

‘The design of the project draws on the links between community well-being, creative engagement and connection to the natural world. We are looking forward to bringing people together in creative and sustaining ways, with the community collaborating across different artforms and cultures.’ -  Dr Laura Brearley 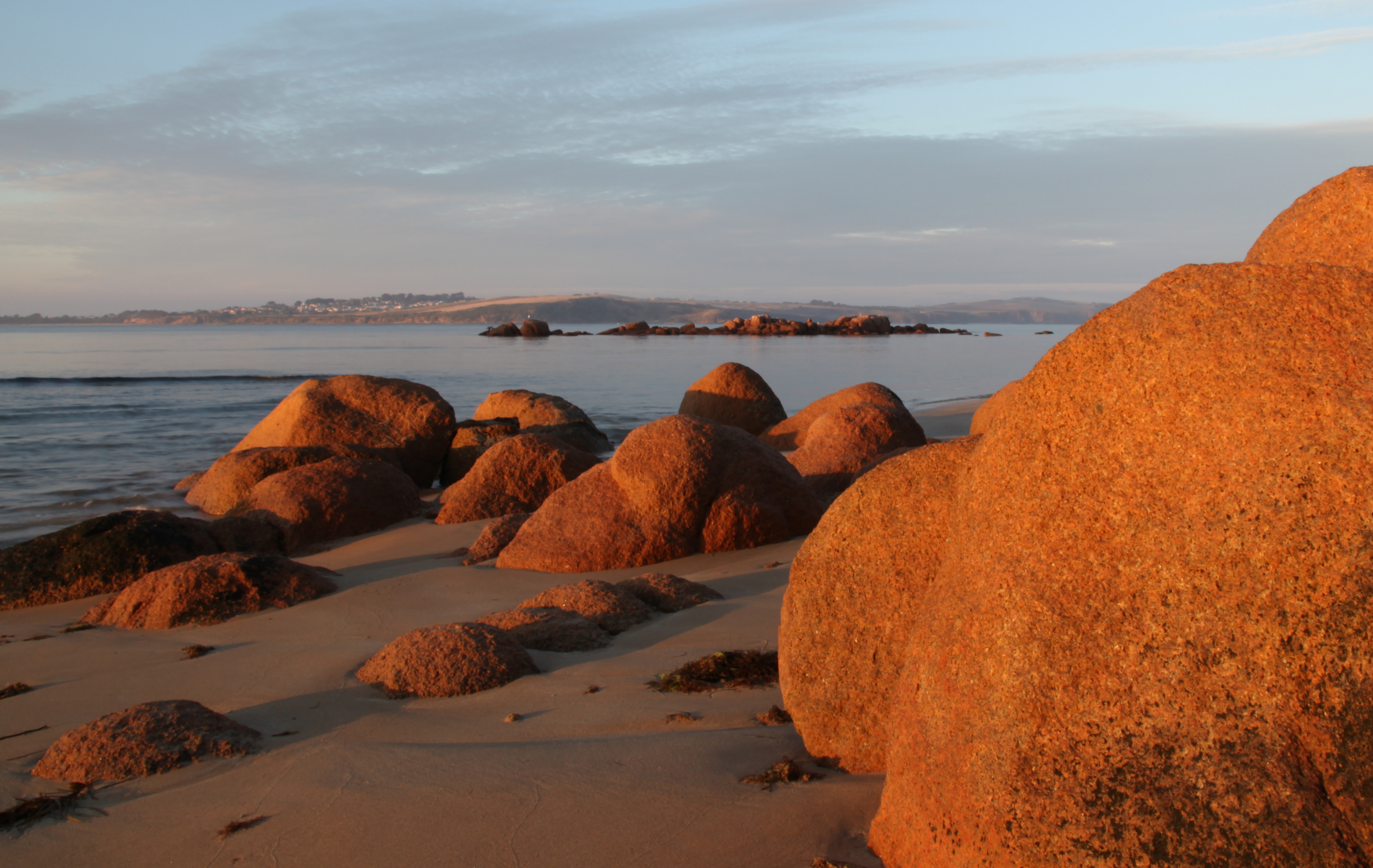 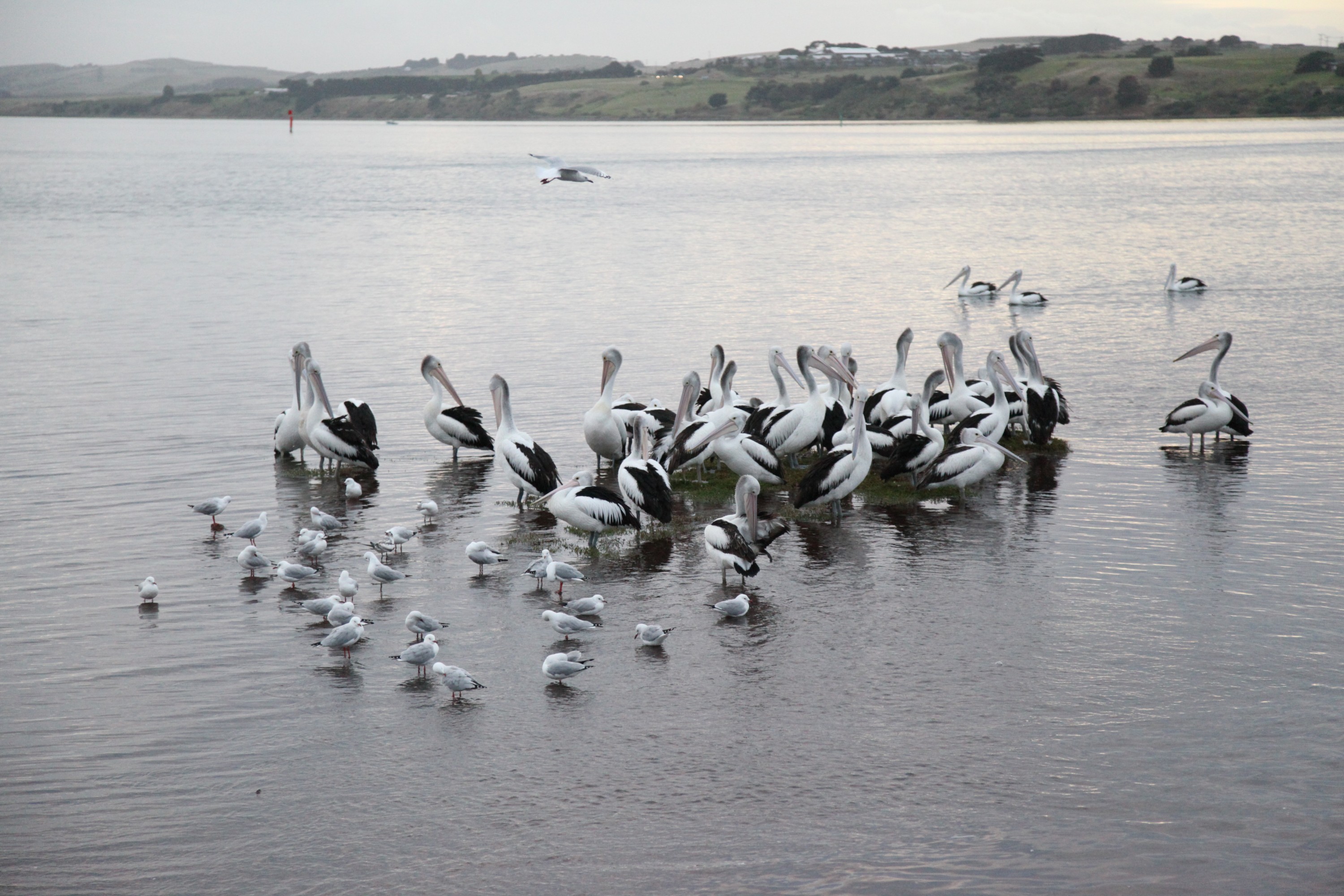 A working group, drawn from a cross-section of the community, will steer the project. Members of the group will decide on a selection of pieces of creative writing for incorporation into the short films, the library exhibition and for future publication.

The Coastal Connections Concert at the Wonthaggi Arts Centre took place on Saturday 20 February at the Wongthaggi Union Community Arts Centre (WUCAC). It was the first live performance staged at the Arts Centre since the COVID era began, almost a year ago. Mayor Brett Tessari launched seven new films that were a result of creative collaborations in the Coastal Connections project. The films, by videographer Terry Melvin, feature images of the natural world in Bass Coast intertwined by interviews with community members describing their special blue and green places. The soundtracks for the films were composed by local musicians and during the Concert, audience members heard a number of the compositions performed live.

The films focus on different regions in Bass Coast and include insights from local community members about their special places in the natural world.

Read a photostory of the Coastal Connections Concert here

Watch a film of the Coastal Connections Concert, by Terry Melvin, here

Stage 3:  Coastal Connections Exhibition is launched at the Wonthaggi Library.

In December 2020, the Coastal Connections exhibition was installed in the Wonthaggi Library where it will remain on display for some time before moving on to Inverloch and Phillip Island Libraries over the coming months. 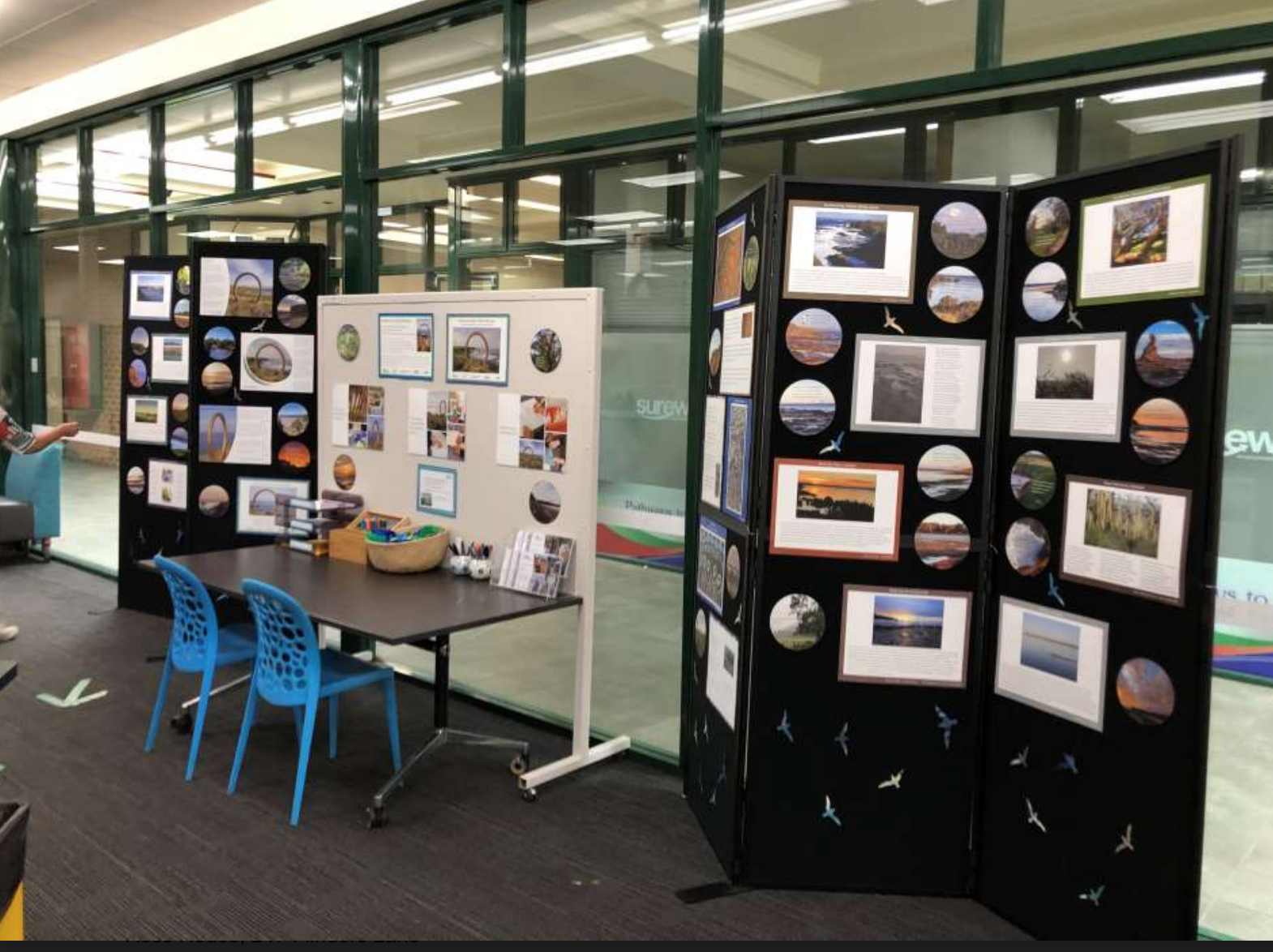 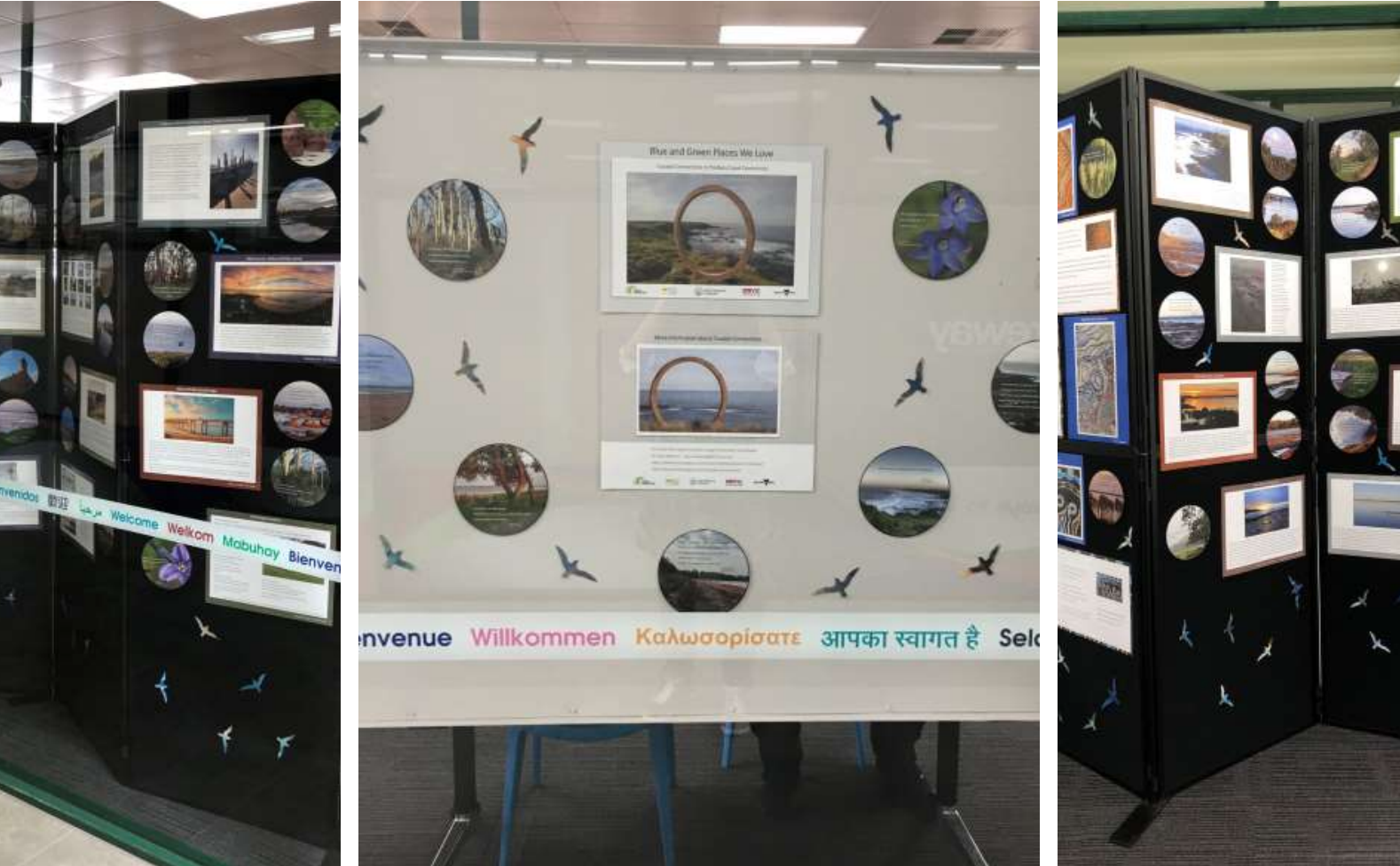 Stage 2: Music Inspired by the Places We Love (Sept - Oct)

In September, Coastal Connections project put out a call to commission original musical compositions for a series of six short films about people’s special places in the natural world. Collaborations were invited on the proviso musicians from Bass Coast were actively involved. Music could be instrumental or contain lyrics related to the content of the submissions. An outline of the brief can be found here

At the end of October, NINE gifted, local musicians and composers were then selected to compose music for the Coastal Connections project. They represent a range of musical genres and bring unique sets of skills and life experiences to the project. They have been commissioned to compose music for a series of short films being made about special green and blue places loved by community members.

The following musicians and composers have been selected by the Coastal Connections Working Group:

2) Robin Lowe
Robin is a drummer, percussionist, singer/songwriter and guitarist whose recent song ‘Did You Live a Good Life?’ was informed by his work as a paramedic. The YouTube video of his song features breathtaking aerial views of the Bass Coast taken by Robin himself.  Robin is composing music for the film of the Bunurong Coast, featuring Eagle Rock (John Mutsaers) and Shack Bay (Judy Vradenburg).

3) Ben Cavender
Ben Cavender incorporates sounds from the natural world in his experimental and ambient music, using synthesiser and other instruments in his soundscapes. For the Coastal Connections project, Ben will be recording sounds from the special places in Bass Coast that are being featured in the films. He will create a bank of natural sounds on which the composers can draw for inspiration and possible incorporation in their compositions. Ben will also compose music for the Coastal Connections Virtual Exhibition being developed in collaboration with the West Gippsland Library Association.

4) Max Richter
Among the instruments Max plays are guitar and cajon drum. He uses looping and other effects in his compositions and also incorporates field recordings. Max is composing the music for the Waterline Coast film, featuring The Gurdies Conservation Reserve (Margaret Lee) and the Grass Tree Forest at Grantville (Meryl and Hartley Tobin).

5) Dave Prideaux
Dave is a composer and sound recording artist who teaches music at Newhaven College. He has recently opened a recording studio in Cowes called Sunderland Studio. He is a vocalist and plays many instruments, including drums, guitar and keyboards. Dave is composing music for the Island Beaches film featuring Summerlands (Tricia Storr), Red Rocks (Sue Saliba and Ann Shenfield), Surf Beach (John Adam) and Cape Woolamai (Ajanta Judd).

6) Lyndal Chambers
Lyndal is a musician and composer with a lifetime of experience as a music educator and community music facilitator. With Brian ‘Strat’ Strating, she co-leads the popular local street band ‘Invy Horn Jam’. Lyndal sings and plays many instruments including button accordion, trombone and flute. She will be collaborating with Strat to compose music for the Inverloch film, featuring Screw Creek (Jackie Moss), Townsends Bluff (Karen Bateman and Kerri-Anne Pratt) and the Inlet (Dan Rosen).

7) Brian ‘Strat’ Strating
Strat is a community music leader and multi-instrumentalist. He is a singer and plays violin, mandolin, mandola, saxophone, clarinet and co-leads the Invy Horn Jam with Lyndal Chambers. With Lyndal, he will be composing music for the film focussing on Inverloch, with Screw Creek (Karen Bateman and Kerri-Anne Pratt), Townsends Bluff  (Jackie Moss) and the Inlet (Dan Rosen).

8) Rosie Westbrook
Rosie is a classically trained multi-instrumentalist who plays bowed double bass as well as classical and electric guitars. She moved to Bass Coast three years ago and has played and composed with many high-profile musicians around the world. She is an experienced film composer and in Coastal Connections, she will be composing the music for the Waterline Coast films, featuring Norsemans Beach, Coronet Bay (Suzanne Swift) and Moorings Place, Corinella (Lyndell Parker).

9) Larry Hills
Larry is well-known in the region through his work in local theatre and as conductor of the Bass Coast Chorale. He is a multi-instrumentalist, composer, educator and has been the musical director of a number of major musical productions in Gippsland. Larry will be composing the music for the slightly longer seventh Coastal Connections film which will be weaving together elements of the six short films.

The Working Group is thrilled with the high calibre of musicians and composers who submitted Expressions of Interest to participate in the Coastal Connections project. We look forward to hearing the music inspired by the places we love. - Laura Brearley

In the first stage of the project, community members from Bass Coast were invited to write 150 words or less about a place in the natural world that was special to them. Thirty-six creative contributions were submitted and the project’s Working Group has selected fourteen of the submissions to be incorporated into six short films. The films will incorporate footage of the special places as well as interviews with community members about what their special places mean to them. 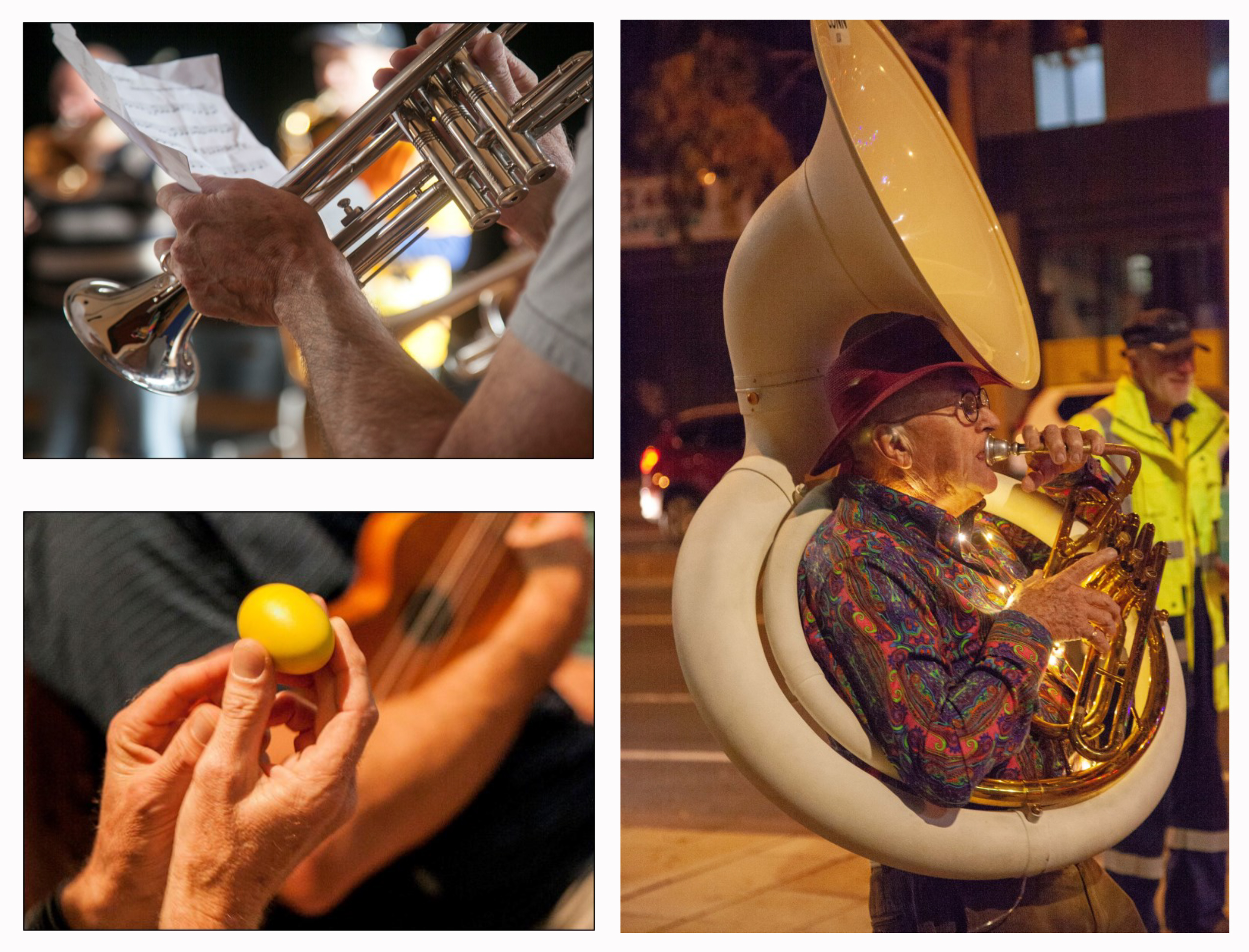 During August 2020, Bass Coast community members were invited to contribute short pieces of creative writing (150 words or less) about a place that is special to them in the natural environment of Bass Coast, with an accompanying photograph or artwork of the place. Fourteen submissions were selected as the subject for six short films, for which original musical compositions will be commissioned (see above). The creative contributions from the community will be  included in an exhibition which will be displayed across libraries in Bass Coast. Contributions are also being serialised in the Bass Coast Post and The Waterline News over the coming months.

A seventh 15-minute film, also with original music, will be produced about the natural environment of the Bass Coast region and will incorporate and extend elements of the 6 short films. The films will provide an enduring legacy for educational and environmental purposes and make a positive contribution to local ecotourism.